There comes a time in our lives when we realise we owe some people an unreserved apology; I have reached that point. An apology not for a conventional wrong doing, but for it’s less thought-of, unconventional twin. I have expected so much from certain people, idolised–hero worship if you like–and placed them on the pedestal of perfection. I have thought them more than they truly are. I have stood in awe of them, showered them with lovve and affection due to gods. I have loved selfishly.

Our lives are so intertwined that we do not always know where one ends and the other begins. We feel a sense of responsibility for one another.  As parents, we feel responsible for our children. As older sibling, for our younger ones. As the head of states, for the citizens. As citizens, for our neighbours. As celebtities, for our fans. Teachers, for our students. Pastors, priests, for the church.
However, we do not always realise if we are at the receiving end, how difficult it is to be the giver. We feel disappointed, betrayed, lose interest and become judgemental when we receive anything less than perfect behaviour from others.

But at our very core, we are all the same. We all have good days and bad days. Dreams, fear, hopes. Joy and tears; strengths and weaknesses. We bleed when we fall. Break when bent. Snap when stretched beyong limit. Prone to make mistakes.  We are imperfect.

People are only as extraordinary as they can successfully mask their ordinary selves.

So I have been tried and found guilty of being unthoughtful about your needs. Hence forth,  you are allowed to take a break off that pedestal. Take a walk. Breathe in the air. Smell the flowers. Soak in the sun. Indulge.  Be inappropriate. Live. Most importantly,  step back up at your own convenience.

I may never be for you what you represent to me, but I can promise to be understanding when you slip; to give you a second and third chance, because in the end, we have been made to complement one another but at our very core, we will always remain one thing: human, and will everybody else. 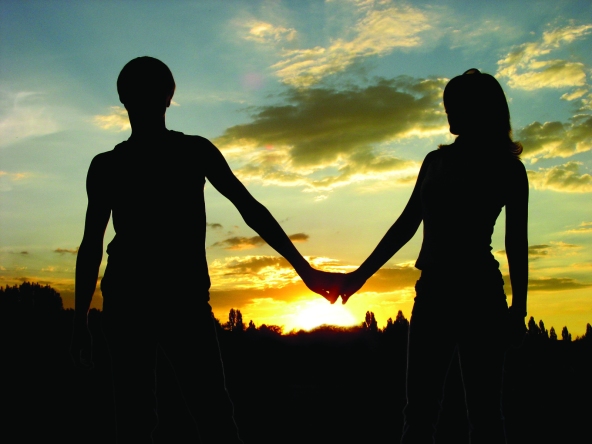 A couple of weeks ago I lost touch with a friend…a male friend. Of all the problems we had, one seemed to stand out: somehow we (or one of us did) let emotions take centre stage. That single unconscious act alone became the seed that eventually germinated to reproduce many issues that led to our eventual estrangement.

Our ‘break up’ hurt like nothing I had felt before—at first though—not because I was romantically inclined towards him, but because I had come to value our friendship a lot and acted as such. On hindsight I think the ‘act’ bit of my attitude confused the hell out of him.

Men and women it would seem have different ‘processors’, and don’t actually understand each other as well as we love to think– I mean if I had a penny every time I heard a guy say, “You took advantage of my feelings for you”, I’d be a frigging billionaire today.
So in a bid to clear the air and preserve future friendships WITHOUT that tiny organ getting in the way, I’ll attempt to explain why we keep getting our signals all muddled up and royally screwing up every good thing that happens in the form of the opposite sex. Perhaps we’ll reach a compromise eventually and hopefully everyone—men and women—can go home happy.

What does a woman see when she meets a guy?
Women are unarguably the most complex creatures in God’s green Earth. So how do you figure out what she thinks about you? You can’t. Unless she tells you, reading her body language and speech pattern is absolutely useless (please do not make the mistake of trying this unless you have psychic powers).

There are three reasons a woman will be attracted (not necessarily romantically) to you:
You’re drop dead gorgeous. You’re stinking rich. You’re Einstein smart. OK, maybe not to the extreme like I just suggested, but I believe you get the point (you could however fall in the category of triple threat extraordinaire).

Women unlike men as a general rule don’t start off relationships ‘heart first, head later’. We like to take our time getting to know more about you. More importantly is that you may not ever be lucky enough to grace our ‘potential boyfriend’ list…EVER. But when we like you, well we’ll want to keep you.
Even so, the wait can be tiring seeing as men aren’t the most patient beings around, and women will take twice as much time picking a beau as she would choosing the perfect nail polish.

So while waiting in limbo here are a couple of things you could chew on:
1. You aren’t the only guy who wants her. A girl is allowed to be confused if there are many eligible bachelors seeking out her awesomeness. You observed and found her ‘worthy’ of you, give her time to decide where and how you fit into her life too. Be considerate.

2. While you’re hoping she sees something more special than friendship in you, do remember she will treat you like everybody else she likes. She’ll flirt, place her head on your shoulder, laugh at your jokes, call your mobile phone and spend long hours talking with you, maintain eye contact and smile from across the room. She’ll use phrases like, “you abandoned me” and it still wouldn’t be giving the green light to her. Why? Because that’s how she is with her friends, and right now that’s exactly what you are. Women are more mentally flexible than their male counterpart, which means we can crisscross the line between friend and lover flawlessly while keeping to heart who plays what role to us. Don’t over think things.

3. You may never have her. But really isn’t that what life is all about: chances, risks, frigging probabilities? You may never become anything more than the Bradley Cooper-Mark Zuckerberg-Einstein-like guy who she just likes…as a friend.
So decide if she’s worth having around at all(come on there must be something that made her worth having around in the first place) and if you can stand the impending heart break you just might receive always bearing in mind that to her you are friends first. Be realistic.

That said, since I promised a compromise I’ll deliver. The men are pretty much covered, so ladies:
Men have delicate sensibilities, handle them with kid gloves. Decide if he is worth falling in your boyfriend list(you can achieve this speedily by keeping a checklist of potential boify attributes, unless love happens and you chuck it out the window). If his performance is not satisfactory , let him know. Being friend zoned by a girl you’re literally dying for is as bad as being raped(it is emotional rape). If you think he has a chance with you then let him know, but be sure to tell him he’s got major competition(s) too and could possibly lose(just in case he loves to build sand castles). No matter how difficult it will be, try not to flirt with him. Men can’t always differentiate between green lights and no lights(they aren’t wired that way).